Shout Audio’s BOLD VST is Like Nothing Else Out There

Shout Audio’s BOLD VST is Like Nothing Else Out There

At just $15 USD for 600MB of samples, including drums, bass, keys, vox, and FX, BOLD is a colorful, low-cost sample plugin. But as its instantly recognizable color scheme hints to, BOLD is also like nothing else on the market — and part of Shout Audio’s wider mission to bring under-represented female-identifying creators into music production.

To find out more, we spoke to Shout Audio founder Hayden Bursk, as well as BOLD’s visual artist Ruby Taylor, and musicians Dresage and Bad Snacks, who created the VST’s samples. How did you first come up with the concept behind Shout Audio’s BOLD?

I’ve been working in music software for a while, and I had been wanting to make something of my own. Seeing the success of Spitfire Audio LABS and Output Arcade, I knew there was a desire for free to low-cost sample instruments.

My first ideas were around, what if Teenage Engineering made a sample instrument VST? What would that look like? It would be really cool, well designed, and endearingly odd. But I kept getting hung up on why. Why does this product matter? Why should anyone care? Is there a story to tell? I didn’t have the answers to those questions.

One afternoon, I was messing around with some sounds in Ableton Live with my daughter, who was four at the time, and she said something I found really interesting. I was showing her the arrangement view, which had some meters moving and pretty track colors, and she asked, “Which one am I?” It was such a refreshing view of what was happening. That sparked me to follow a deep dive into young girls’ education in music production. I found several non-profits like Beats by Girlz and Girls Make Beats. I discovered several organizations looking to increase the percentage of women in music production. The numbers were pretty eye opening: 95 percent male, and only 5 percent female. Suddenly, the idea of a sample instrument that was simple, feminine, inspiring, and inviting to young girls getting into music production struck me. That was a product that answered the why. That was a product I would make just for the sake of making it, whether or not any units sold.

What were some of the most rewarding and challenging parts of the process in creating BOLD?

The fact that I was a white male looking to make a product that appealed to underrepresented music producers was not lost on me. I immediately had a sanity check with my friend MILCK (Connie Lim), who’s been an activist voice since the 2017 Women’s March. She helped to confirm this was indeed a good idea, and that it was a must to involve female-identifying creators.

To break away from dark masculine UIs in plugins, I started searching for female illustrators. I found Ruby Taylor’s work, and reached out. I don’t think she got back to me right away, but I never reached out to anyone else. I was convinced that was the right style for the product.

For sounds, I still wanted this youthful energy. Something quirky and opinionated. Dresage (Keeley Bumford), had worked with MILCK so I knew about her projects. She had released a sample pack with Splice that was in the exact style I was looking for. I used those samples for an initial proof-of-concept prototype. Dresage really loved the prototype and joined the project to create new exclusive content.

I thought showcasing more than one producer would add some breadth and variety to the sounds. Dresage made the introduction to Bad Snacks, and she too loved the prototype and joined.

When all the pieces started falling into place, that was the most rewarding. The first time I played a finished drum kit from Dresage with the first illustration from Ruby, I knew there was something special there. It was so fun, and so different from anything else out there. Then again when I played the first violin chord kits from Bad Snacks. That brought it to another level. Not only could it be fun, but it could be beautiful.

Dresage and Bad Snacks, tell us about the process behind creating BOLD’s 350 hand-crafted samples?

Dresage: For drums and percussion, I created a lot of field samples from my garage and shop and contorted them in strange ways with processing. With the vocal samples I came up with catchy little melodic ideas and built them out with harmonies and creative processing.

Bad Snacks: For the string samples, I recorded well over 100 one-shots of long notes on my violin and then layered them into different scale voicings to create a chord library. My drums and percussion samples came largely from tediously sculpting sounds from my semi-modular synths as well as tweaking and layering sounds from different drum machines in my collection.

What makes Shout Audio’s BOLD instrument different from other VSTs that are available on the market?

D: It’s an affordable entry point and brightly designed which encourages folks at all levels of experience to use it as an inspiration starter. There’s nothing pretentious about it.

BS: It’s extremely user friendly and easy to get into — it’s a great artistic approach to what could otherwise be a very cold and technical-looking VST. 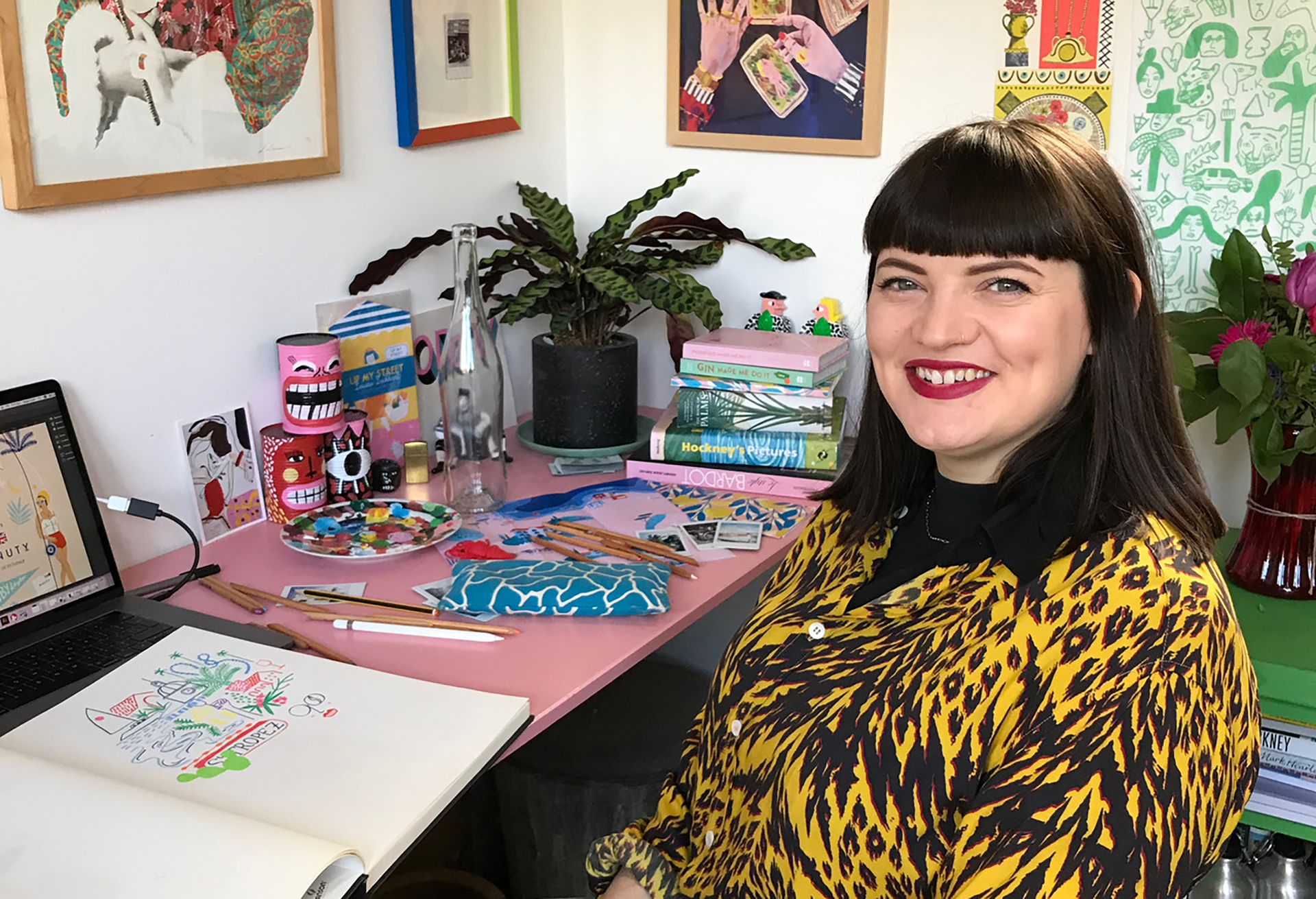 Ruby, tell us about the aesthetic behind BOLD. How did you come up with the illustration concept and overall design of the instrument?

Ruby Taylor: When Hayden first reached out to me it was kind of overwhelming as I had never designed anything that would be used on a digital instrument, I had no idea what to expect! Luckily Hayden had the layout for everything pretty mapped out which was great and was also instrumental in the concepts for each design.

We talked through different options and decided that bold, colourful patterns which represented the sounds would be perfect. I wanted the designs to have a really friendly feel, not feel intimidating but super accessible and easy to use. I love drawing everyday objects, using shapes and compositions to create different feelings. We decided each section should have its own colour palette which I think works really well and differentiates each category. I don’t think it took long to nail the final designs and I’m super happy with how it turned out.

Find out more about BOLD here.

Kickstart Your DJ Career With Tomorrowland

The 7 Best Electro Tracks On Beatport You May Have Missed